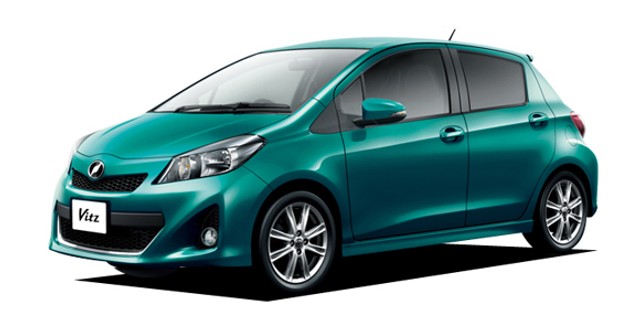 Toyota Vitz is a subcompact hatchback launched by Toyota, a famous Japanese automobile manufacturer. Its first version was introduced in 1999, and since then, Toyota has launched two more generations as well as a hybrid model. Toyota Vitz 2022 Price in Pakistan is available here.

The 2nd generation Toyota Vitz was launched in 2005. It had a unique design and more fuel efficiency. The 4-cylinder engine was changed with a 3-cylinder engine and the 1.3L engine also get an upgrade.

The launch of its 3rd generation, Toyota Vitz had sold 3.5 million units in large numbers around the world. In 2019, the “Vitz” name plate was exchanged in Japan and was replaced by the Yaris series its excellent fuel efficiency and focused safety measures are awesome in every aspect. Toyota Vitz had sold over 3.5 million cars all over the world till the launch of its third generation.

Toyota Vitz 2022 Price in Pakistan Reviews, images, and Specs below;

Toyota Vitz 2022 interior has polished silver trim pieces with black color features included in them. The front and rear seats are designed very stylish in fabric. Amazing features on the F variant have manual air conditioning, cup holders, power lock doors, urethane covered power steering, power windows, a tachometer, and a stereo speaker audio system. An outstanding entrance and start system, as well as an adjustable deck board, are present in the U model. Toyota Safety Sense C is present in both the Jewla models. 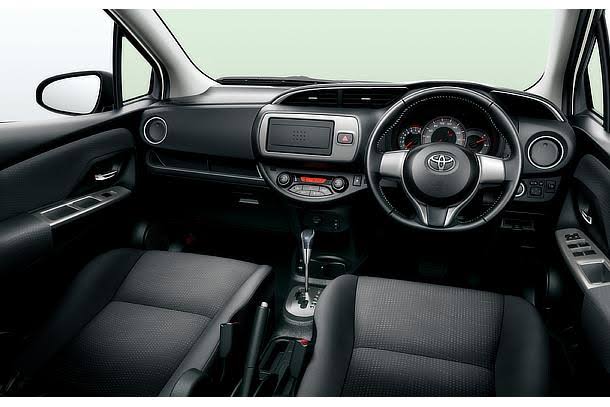 The complete interior of the Toyota Vitz 3rd Generation provides a spacious interior space in both the front and back for a sedan of its exterior dimensions. It gives the best level of comfort, a smooth ride with its soft and cool suspension setup, and a nice level of interior refinement. One problem is present in it that the hybrid does not include a push-button start feature and has the traditional turn-key ignition

The design and features are one of the big key factors for customers when buying a car. The team at Toyota’s ED2 European design center has invested large attention to providing the new Vitz 2022 with a more lovely and amazing look while at the same time a more stylish appearance. The front and back of the car have been redesigned to get these results… A new design architecture that offers a greater emphasis on horizontal grooves and a stronger three-dimensional appearance, which expresses a wide posture and lower center of gravity.

The new headlights of the Toyota Vitz 2022 increase the Powerful style in the front view, projecting a new lighting signature that gives confidence. Vitz is equipped with LED daytime running lights. Light guides create a frame around the central lamp that flows irreproachable into a single line; this line flourishes beyond the projector headlamp in the same chrome trim element that expands towards the Toyota emblem.

All other variants of the Toyota Vitz feature identical styling in every way. The complete exterior of the 3rd Generation Toyota Vitz features a fairly unique design language that allows it to differentiate itself from its competitors. 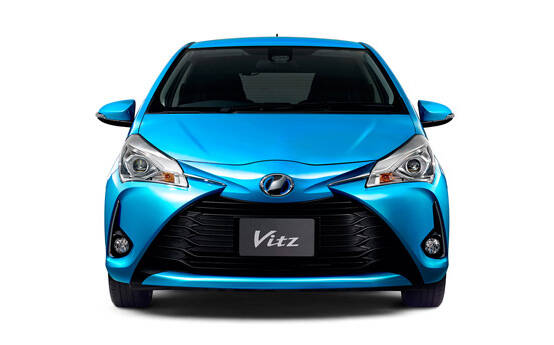 The Toyota Vitz hybrid 2022 variant has a completely new design. The exterior is much curved with defined edges and corners. The front bumper sports a huge black grill which provides the Vitz hybrid a sporty and clever look. The front fog lamps are located at the extreme right and left edges of the black front accents.

The rear end design has also been re-designed. With wider, the rear looks cleaner and bolder, with extended rear brake lamps and red reflectors at the bottom of the bumper. The reversing camera under a crease above the space is situated for the registration plate purpose. The overall design is sleek and stylish which gives similarities with the 1st generation model

Toyota Vitz has a large variety of engine options ranging from 1.0L to 1.5L paired with a five-speed manual, six-speed manual, four-speed automatic, and CVT transmission. The Toyota Vitz F hybrid version has a variant has 1.0L and 1.3L options with a 1.5L option.

The 2022 Toyota Vitz gives a smooth driving experience as it is organized with the best Star safety system. This system contains vehicle stability control which improves the stability of the Toyota Vitz 2022 on rough roads. The availability of traction control provides a comfortable journey even on bumpy roads.

The Anti-lock Brake System (ABS) joined with Electronic Brake-force Distribution (EBD) and Brake Assist makes the car balanced and divides the weight of the car on each wheel. It also saves the car from slipping and skidding on steep paths.

The upgrade on the engine also makes fewer vibrations caused at high speeds making the handling of the Toyota Vitz 2021 much easier. The electrically powered steering in the hybrid variants has been sports-tuned for better performance.

Toyota Vitz is an old and famous name in the Pakistani market. Even though it is not locally assembled, due to high demand, you can easily get its parts from the market.

Although they are in the same price range, the Suzuki opposites are a lot cheaper than the Toyota Vitz ranging between 15 lacs to 22 lacs, the Suzuki models give an affordable alternative to the consumers. On the other hand, Suzuki Cultus and Wagon R have fewer safety features like traction control and Suzuki Swift lacks airbags.

The Toyota Aqua Hybrid 1.5L is longer with a shorter height which makes it much more stable than the Toyota Vitz hybrid but as they both have a similar engine, Vitz has better performance than other cars.

In the final words we can say that Toyota Vitz is an awesome car with amazing features. It has very sleek and classy look. Toyota Vitz 2022 Price is economical.If you want to buy a best car for cool ride you must consider it.